2016 State of the Systems Check-In (Physical) 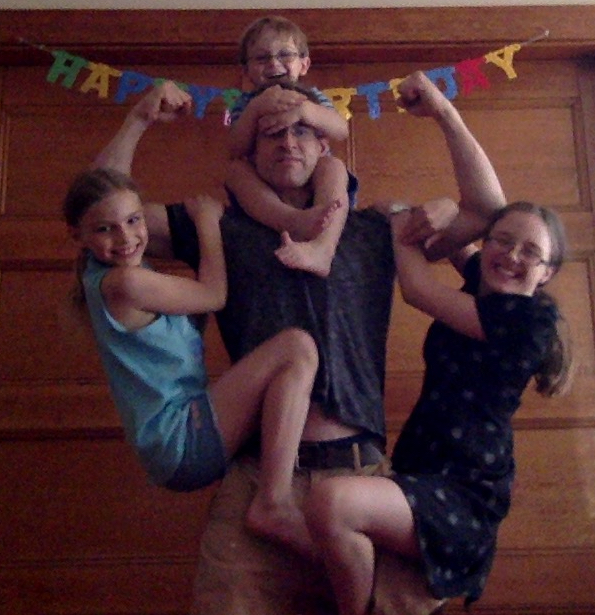 Hi this is Reinhard from everyday systems.com

It's 14 years now since everyday systems first went online in 2002.

And I think that significant anniversary deserves some kind of acknowledgement.

If this turns out to be helpful, maybe I'll turn it into a yearly thing.

I'll start with oldest everyday system, the No S Diet.

Not much altered here. Pretty much just vanilla No-S. I no longer do any of the mods I briefly experimented with over the years. You may remember "no solitary snacking even on S days" which I described in a previous podcast. Nice idea, but I didn't find it necessary to stick with it. The additional "rule burden" just wasn't worth it. I was happy enough with my weight, with my moderation in eating, so why bother with the extra stress, because although reasonable it was a small amount of extra stress.

I've noticed that my weight is pretty much what I initially reported back in 2002, 170 pounds, down 40 pounds from my starting weight, UNLESS I start running a lot, in which it goes up about three pounds. Leg muscle, I guess? So oddly enough my lightest time of year is the winter holidays, when the weather in the Boson area provides a strong disincentive for doing anything outside and my leg muscles deteriorate.

I rely less on intelligent dietary defaults because I now work a block from home and can come home frequently for lunch, and really appreciate the variety of food I can prepare for myself from leftovers and scraps. It's a kind of artistic challenge. I've internalized good meal habits sufficiently now over the years that I can improvise without much danger.

It's been great to see so many old timers checking in on the bulletin board and facebook about how No-s is still working for them, and the "I've lost even more weight than Reinhard" club has expanded significantly. It's also nice to see the facebook group growing and getting more active and I've been making an effort to overcome my anti social media ways and insert myself in there more frequently. Oprah has not yet gotten No-S religion but I haven't given up hope yet. The word is clearly still very much out there. And how many more fads can possibly be left to burn through before we finally re-discover moderation? It's bound to happen. At some point, some junior assistant editor is going to have to get desperate enough to bring it to her attention.

But I'm not sitting on my hands till then. I'm working (very slowly) on recording a No S Audiobook, as some of you might know already. It's been a little distressing what a severe check to my naive ambitions investing in better audio equiptment and expertise has been. How it's revealed to me all the ums and gross saliva sounds and bird and airplane and refrigerator noises that are going to make recording something acceptable much more difficult than I'd anticipated. But I'm not giving up. In fact this podcast episode, on which for the first time publicly I'm bringing some of that equipment and expertise to bear, is an experimental step in that direction.

Shovelglove -- here I'm also as basic as ever. I recently posted a youtube video of an entire routine, the routine of 7s. This is pretty close to what I actually do almost every N-day morning, except I do a routine of 14s, 14 repetitions of each movement, and then when I've cycled through once, top it off with pushups aka degraded beast and squats aka fertilize the fields. Squats in particular are a nice addition because it gets some leg work in your 14 minutes as well.

I do the same movements, for the same number of reps, in the same order, almost every time.

After many years of having to do my shovelglove at night beause the kids were up and about in the morning and I was concerned about knocking their skulls in, they're finally sleeping late enough that I can go back to morning workouts again which I vastly prefer. I put on the German news, so I can practice my German, get some clue was to what is going on in the world without wasting time surfing the web during the day, and some motivationally helpful info-tainment. I almost always watch the same thing, ARD Nachtmagazin, because I don't want to have to agonize over what to watch every morning, I want it to be a quick, automatic decision, not even a decision.

Even if you're not doing shovelgove, if you're doing 14 minutes of something else, or maybe some other number of minutes, I highly recommend watching something interesting while you're doing it, NOT some boring workout video (not even mine). Come up with a regular routine culled from the videos or whatever and watch something that actually engages you, something that you're going to look forward to watching it and by extension make you want to start your workout. People think "oh exercise is so complicated I need a video" and oK, maybe the first couple of times it's helpful. But after that you know everything you need to know. Now you just need to motivate to actually do it every N day morning. So optimize your video selection for that. Also, it helps if it's a series or regular broadcast so you don't have to make a decision every morning, as I mentioned above. This should not be a problem for most in the age of binge watching.

Shovelglove is still my core and almost entire strength workout, but at my new job (of six months ago) we have a pullup bar and are doing a fun little pullup challenge. I think shovelglove helps with this. I'm currently maxing out at 12 full range of motion, no-kipping, wide grip pullups in a set. Not quite a perfect score on the navy seal physcal fitness test (that would be 20, from what I understand) but not bad for a desk-bound, over 40 computer programmer with three kids.

Urban ranger faced a challenge with my new job being just around the corner. And for the first time I found the creepy step tracker on my phone to be helpful, because it turns out the daily step reduction was not as drastic as I was afraid it might be (about -3000 steps down from my old average of about 10000), and with a little extra lunch walking I was able to get back up to my old level of around 10 thousand steps a day on average.

Vertical urban ranger (aka stair climbing) I thought would also face a similar challenge because I moved from a 5th floor office to a third floor office. But it turns out (as I know from my phone data) that apparently I must go up and down those three flights way more often than I did my five, so I'm actually ahead now when it comes to stair climbing on a lower floor. So again pyschology beats physicallity and "less is more": because it's only 3 flights of stairs it's less of a barrier in my mind and so I climb them more.

I have been adding some more running into the mix than usual this year. I hate to admit this because I'm only a very reluctant user of facebook, but I was inspired by Mark Zuckerbergs "run 365 miles in 2016" challenge. So a mile a day on average, though you can chunk it up in larger runs if you want. It seemed like a very moderate, realistic goal, simply framed and easy to keep track of. The free runkeeper app I use automatically tallies up yearly miles run -- it also apparently spies on you even when it's turned off, but I'm too obsessed with my yearly number now for that to be a deal breaker). My problem with running has historically been that I get overambitious and injure myself, usually my IT band. Running is WAY more dangerous than shovelglove, I've found, so having a sane, longer term goal like this has been really helpful in terms of giving my ambition something substantial but safe to chew on. And hey, in some sense I'm running down Mark Zuckerberg, out competing the most irritatingly successful person in the world. How's that for motivating?

Has running made me lose weight? On the contrary, as I've already mentioned, I gain wait when I run. Has it noticeably impacted my fitness? I can't say I discern anything, except in a negative sense when I'm limping around with a gimpy IT band. But I've discovered that I actually enjoy it, and that's why I do it. I'm not much of a meditator (though believe me I've tried). But I think I find running meditative. And maybe that's what I value about it.

So for serious exercise my friends, all you need is shovelglove and urban ranger. Running is frosting. Dangerous frosting.

Another activity that is more dangerous than shovelglove is having children. My now three year old son is so fond up "uppy" that I've developed a condition I've self-diagnosed as "uppy elbow," perhaps more widely known in the medical community as "golfers elbow." This actually briefly prevented me from doing certain shovelglove moves and chin ups were torture (which is why I went with pullups in my office challege, for some reason those, though harder, didn't hurt). I'm more of less over this now, thanks to religious practice of theraband exercises and a temporary embargo (imperfectly enforced) on "uppy."

Glass ceiling, my 2 drink a day limit on alcoholic beverages, is still very much in effect. And although I have a harder time complying with this perfectly than with any of my other systems, it's still been enormously helpful in controlling problem drinking. I've had one over the top bender in the decade plus since I've been practicing this, which is one too many, but far less than the once a month or so that had been the status quo before. As an additional safety measure, besides just having this limit, I have a commitment to write down the number of drinks I have every day, so if I go over, I still have an incentive to keep the overage contained because I don't want to have to write down an embarrassingly large number. It's like having an infinity of second ceilings, or other ceilings beyond the official glass ceiling to keep you from crashing to far through, an "air bag" against the "what the hell" effect that I discussed in a previous episode. I do worry that I'm hitting the glass ceiling a little too often, that the maximum is close to the average, and that that's a little too much on a regular basis, and I've begun experimenting with ways to get a better handle on that. But I'll save that discussion for another episode, since it's a little involved, and as I mentioned, still in the experimental stages.

OK, so I covered only 4 systems and we're already getting a little long for a podcast episode. So I'm going to save the rest of the updates for next time. Thematically this was about the physical systems, next update will be about the (broadly speaking) spiritual systems: how to keep your spirits up and out of trouble and generally get your life in order.

Thanks for listening and more soon.

Credit: I'd like to thank NoSDoc on the bulletin board for encouraging me to record this update. I'd been considering it for a while, but his was the final nudge I needed.